1 – She is an Exceptional Producer, Keyboardist & DJ.
2 – She has an extensive background in music and in charity.
3 – Her talent and ideas are original and fresh.
4 – She has a reputation to spark revival.
5 – She needs a reason to believe the masses believe in her.
6 – She has a reputation for integrity and being true to herself.
7 – She is an in demand role model.
8 – She deserves recognition for her world class talent.
9 – This poll determines pay rates for DJs.
10 – Very few women EVER rate in this influential poll.
11 – She will bring many talented deserving artists with her.
12 – This world needs her.

CIQ will need thousands of votes from YOU, the masses, to rate her in this poll.

Please spread the word!!! Thank you!!

“It would mean the world to me to rate among the Top DJs in the world. Excellent quality new music has been my life’s main pursuit.” – CIQ

(This poll runs every year in the summer, so if you believe in her talent, please be prepared to vote for her every year from now on!! The top DJs in the world have staying power.)

Thank You
CIQ was #1 in May
http://numberonemusic.com/CIQ/

Get Yours FREE Here:
http://ciqplay.mobapp.at 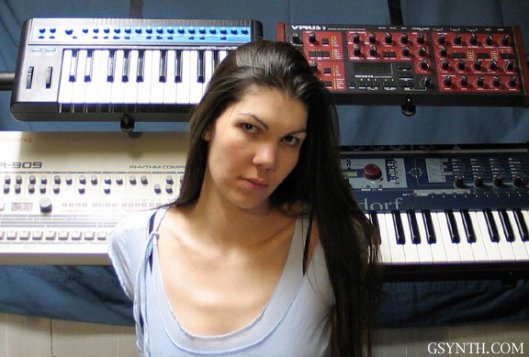 “Yes, it’s true I often work for media,” CIQ explains. “It works really well when it’s connected with projects and the scene I am working in in a greater capacity, mainly electronic music right now, but I have done a lot of work in the media with many different styles of music over the years.”

“I’ve been offered a lot more jobs over the years than I’ve been able to accept, because most jobs are really in a full time capacity, and most of what I do is freelance. I’ve done a lot of events, festivals, interviews, writing articles, and a great deal of just assistance type work in just about every type of media.”

“People have been very generous with me over the years bringing in a lot of creative work because I’m very professional, I get the job done, on time and on budget, often early, and with a level of expertise that most companies don’t expect. I often work freelance for a lot of different companies. Most entertainment companies pay me extra, if they can, and there are lots of great perks. Everyone wants more repeat work, and they like to have me around.”

“But media is not a high paying job, it’s a job that you do for the passion. The work never ends. It just keeps piling up. But the people you meet are what it’s really all about. It’s the kind of work people willingly do for free. Probably most entertainment industry work is like that. Obviously you need money to live, but no one really cares where your money comes from, it always comes from somewhere. So the rest is just gravy. You do this work for the adventure and for the experience.”

CIQ has been involved in the entertainment industry on many levels throughout her career, ranging from different media to underground events production, music studios and record labels, the gear industry and worldwide travel. Her media profile is online at CIQ Media and more at Gsynth.com/Portfolio.

She also loves working for charity when she has the opportunity, particularly youth charities. “I love the opportunity to make a difference in people’s lives,” she explains. “It’s the real reason for everything I do.”

“I am definitely interested in partnering with more media in a greater capacity in the future, particularly to move forward the cause of electronic music worldwide, and into the mainstream of modern culture. People can connect with me on this at Facebook.com/ShanaChristineGray or studio@gsynth.com. It’s a lifestyle for me, a passion. Electronic music has always been a huge part of my life and who I am.”

“I’m not willing to give up my studio work at the moment, but definitely interested in coming alongside more media to move forward the cause of electronic music as much as I can. I usually do freelance, but I am open to whatever opportunities may come up in the future.”

“Media is all about supporting the scene you love, mutual support for other artists, for events, the industry, and every aspect that builds the scene. The music community is like a big family, and we really operate like a family worldwide, especially in the electronic music community, because we were underground for so long, and we did it all for the love of the music.”

“I really enjoy the journey,” CIQ says nonchalantly. “I can’t say that I have had one career my whole life really, except that I’ve worked with people, mainly young people, and in a general sense throughout the music and entertainment industry. I’m not really any one thing, I’m a producer, studio engineer and I play a lot of instruments. But I’ve worked for many companies and done different things in all the arts. I hang out with a lot of artists, entrepreneurs, investors, and people working to make a difference in every level of society. To me its about the journey, I may be especially into music, but I’ve never really defined myself by what I do, more who I am, because there is a whole world to discover and this is my life.”

It’s fairly common for Toronto talent to work freelance, jumping from project to project, working for creative companies doing many different things, often simultaneously. “I considered many jobs like paid internships, I perfected my skills on the job working for other people,” CIQ mentioned, “but when people started offering to train me to take over their own companies I thought it through and decided I kinda wanted to own my own project really. At that point I decided to try a few different things, and took an entrepreneurship course, so I’m on this journey now.”

CIQ has a recording studio in Canada where she spends her time working on her own creative projects. A lot of the skills she uses now she learned on the job working for major labels and media and recording studios, not to mention the trades that run the industry in Canada and USA. “I worked for BMG major label promotion department, MuchMusic in the recording studio, some of these jobs only a few days really, paid internship work,” she added. “A lot of other studios and record labels, the keyboard shop downtown… I wrote the gear section for Contact Industry directory, and a few times working with CMJ Music Marathon in New York. And plenty of other freelance work.”

The music industry was a fairly easy experience for her considering she was trained in classical piano and violin since the age of six. She attended York University for keyboards performance in the modern music fine arts program, and Harris Institute private arts school for producing engineering. During that time she worked for a lot of companies to pay her way through school (and some worldwide travel after that!), but ironically it was her social life that first put her on the map worldwide. “On the weekends, my friends and I were promoting events in the rave and club music cultures in Canada and USA. We were in contact and promoting our events through the internet, and through that I became known worldwide,” she says, laughing. “Probably a lot of people didn’t even know I was a performer, going to school, or a studio engineer in those circles. In fact most the companies I worked for probably didn’t really know either, they just knew what I did when I was working for them.” This focus enabled her to work a lot more jobs and get more done, she explains, and maintain a sane social and personal life, not to mention, finish her education.

But on a personal level she has been motivated more by making a difference in the world than by any career or even the perks that come with fun jobs. In high school she volunteered in a youth drop-in centre for school credit that was run by Youth for Christ. This was her first experience working with young people. “Hanging out with my friends really,” she describes it, “and making a difference, which is what I am motivated to do.” Before that she had also spent her summers volunteering on overseas missions construction projects in poorer communities, like a Central American orphanage, and Eastern Europe in the early nineties. Following high school she spent two years in USA, in Master’s Commission programs, working with inner city youth and communities, and making a difference through the arts and working with people. “It’s a lifestyle, really,” CIQ explains. “Excellence, being a role model, making a difference.”

(“CIQ Discusses Her Lifestyle Career” is originally from http://djciq.wordpress.com )