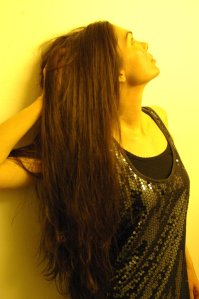 It seems unlikely that the official Top 100 DJs In The World is decided by an internet vote – but it does to some extent seem to reflect the popular vote of clubbers and music listeners worldwide – and is taken very seriously in the international electronic music industry. So as much as DJ Mag’s Top 100 DJs Poll may seem like just another poll by another media source, it is considered very important to the industry, particularly for establishing new and up and coming talent.

Be sure to find CIQ on twitter, myspace and facebook if you are feeling social, and check out her blogs from time to time. She can be found under the names CIQ music, DJ CIQ and Gsynth studio. 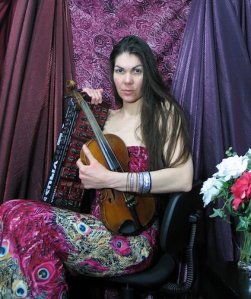 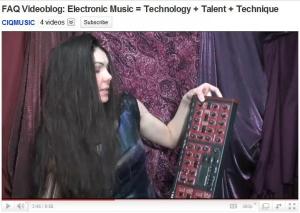 Shana Christine Gray is a multi-talented musician and studio engineer. She has been known to write songs in the car on the way to a live gig and perform them on stage a half hour later. She has also been known to walk onto a stage and perform impromptu either with hand-written lead sheets from the guitarist or full on free improvisation. In one of her first bands she taught herself fretless bass guitar in an hour so she could perform live on stage a few days later. No doubt she is capable of anything she puts her mind to.

With the launch of the Top 100 DJs poll today, a worldwide internet vote that holds deep influence on the electronic dance music industry, she has decided to ask for votes to see if she can rate against the best in a 99% male dominated industry that desperately needs more female talent. If you believe that the worldwide electronic music industry can benefit from an intelligent woman producer’s involvement, please take one minute and cast your vote for CIQ here:

The vote is through a facebook app this year, so you can log in, like DJ Mag’s page, and vote! Be sure to put CIQ in the #1 spot, add any other DJs if you like (up to a total of 5), then hit submit!

Shana likes to hang out online with her friends, notably at twitter, both on her producer and DJ sites, as well as facebook. She can be found in many other places as well, including myspace and blogs, which can easily be discovered through google with her monikers Gsynth, DJ CIQ and CIQ music.